Tasks and meetings can both be synced bi-directionally using the WESS. Conflicting records are dealt with automatically, using the following rule:

NOTE: The WESS functionality does not currently support Recurring Meetings, or Meeting Attendees.

Whilst the added functionality of Meeting Attendees is planned, as it stands this feature is still an excellent way to keep your calendar up to date for yourself in both platforms, enabling notifications across both platforms, so that no matter where you are, you'll always know where you need to be.

Syncing from Outlook into Workbooks

When syncing from Outlook to Workbooks, a similar process is followed to that of the emails.

In this example we will be creating a Meeting in Outlook, but exactly the same process applies to Tasks as well.

The Meeting is arranged as it normally would be in Outlook, and then Categorised with Workbooks. After the meeting request has been sent, it will then create a Meeting in Workbooks on the next sync cycle.

After the Sync cycle, this meeting will appear in your Workbooks account

It is important to note however, as mentioned before, that the Attendees do not carry through into Workbooks (and vice-versa).

Synchronising from Workbooks into Outlook

Syncing from Workbooks to Outlook is also possible.  By default Workbooks will sync all activities/meetings that are in your My Open Activities view. 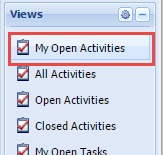 The WESS is also set up to recognise a view that you can create called Exchange sync, which can be set up to allow you to sync other additional activities that would not typically appear in your My Open Activities view (such as colleagues' activities for example).

Having created this task in Workbooks, after waiting for the next sync cycle to complete, it should then also appear in Outlook.

How to synchronise emails from your Exchange server to Workbooks using the WESS by using categories.

Synchronising your Google Calendar with Workbooks

Once you have installed the Google Calendar integration, you will need to let your Workbooks know which calendar it should sync with