Hear Annie Meharg, Chief Commercial Officer, talk about how 4ways Healthcare has improved its sales focus, enabled its marketing teams and increased the visibility of CRM information across the organisation using Workbooks.

ANNIE MEHARG:   4ways is a healthcare company. We run teleradiology services – that means when a lot of people go to an NHS hospital for a scan, those scans are sent to us, we triage them and then we send them to a whole pool of radiologists across the UK. We work for over 80 trusts in the UK, a number of independent healthcare sector providers as well and we run and report on about a million scans a year.

4ways is a rapidly growing company, and we didn’t have a CRM solution in place, so a lot of our data and information was held on spreadsheets in terms of our client base. We have a very data-heavy sales process – there’s a lot of data that’s out there in the public domain, whether that’s within the NHS, or more broadly – so it was very difficult for us to bring that data together, it was very difficult for us to understand our pipeline and manage our pipeline, look at things like time to sale. And also on the other side, we have a large pool of reporting radiologists, so it was very difficult for us to communicate and engage with those people that actually read the reports for us. So there were two major pain points in our business. One was a lack of visibility on the pipeline and the second was lack of engagement with our radiologist reporting base. We looked across the market – we looked at the standard US providers, we looked at providers such as Microsoft and plugins to our broader system. But for us, it was really about how much could we adapt the system? How much could we do that ourselves? And also as a small company, how much support were we going to get from that organisation we’re working with, because it’s a new system and using a CRM is a new system for our organisation, so for us, it was really important that we had that local feel and that support. We chose Workbooks for a number of reasons, primarily for its adaptability – we find it really easy and simple to use, and to programme ourselves, so if we need a report, if we need a dashboard, if we needed some new functionality, we felt that actually Workbooks offered us that ability to do a lot in-house. Secondly, I think actually was the account management process that we felt as we went through that – we felt we got a lot of attention, again as a smaller organisation. The team were always on hand, the team helped us with the complex implementation as well. And I think thirdly was price.

As a new management team with different objectives, whether that were objectives from operations, from radiologists recruitment or from sales and finance, the Shared Success workshop helped us to bring all that together and actually come out with some clear outcomes for phase one of our implementation. So I think what that workshop enabled us to do was, as a team come together, clearly look at what benefit we’re going to get from implementing the system and how we do it in a practical way. The implementation process was really quick – phase one, which was initially focusing on the customer lifecycle, so looking at how we can get a strong pipeline in there, getting everyone’s customer bases in there, and also connecting to the vast array of data we have, whether that’s internally within the organisation, or more broadly, in the public domain. So our first step was to actually map what it is we wanted to build, what data we wanted to build. We have quite a complex structure of our client base and I think helping us to think through that taxonomy was really, really important. The NHS is quite a complex organisation, it’s rapidly changing, so for us, getting that data structure right, once we did that, it was very simple to upload the data, cleanse the data and make sure that we had the right starting point. We’ve also integrated with NHS datasets as well and that process was really heavily supported by the Workbooks team.

In terms of the second objective for our phase one, which was our radiologist engagement – again, uploading the data and making sure we were GDPR compliant with our radiologists, that we could hold that information, making sure that we had all their specialities, their availability, and other key data which would enable us to communicate better with them and also to manage the recruitment pipeline of new radiologists. So again, Workbooks helped us using existing modules but adapting those modules for our purpose.

We put in the Spotler integration in April. We have so far run our customer survey on that integration – we now have a new marketing team in, so we’re now starting to use that to communicate weekly with our radiologists and also now creating monthly and weekly communications with our client base as well. The integration’s really simple and easy to use.

Implementing Workbooks has meant that there’s a much better focus within the sales team and it enables them to manage their time much better. We have a combined sales and accounts team currently – they range from new logo sales right through to dealing with the day-to-day intricacies of the business that we run, which is incredibly complicated. So what Workbooks allows us to do is, on a daily basis, look at actually, where are those new logo opportunities? Where are those cross sell opportunities? How are we progressing towards them? The second thing is the ability for them to self service in terms of information and reporting, so they can very quickly, if a client asks, what was my revenue last month? Or how many scans did I send to you last month? They can very, very easily go into Workbooks and find that information. And from a new sales perspective, again, because we’ve integrated with the NHS imaging dataset, they can go in and look and see where are the pinch points with this trust that I’m working with? What is the conversation I need to have with them? So I think the biggest thing is around focus, and also providing that transparency to the rest of the business, so our technology team know exactly what accounts need to be mobilised, what new connections need to be put in place, our operations team know on what date to expect a new type of workload from that organisation. So it’s not just the impact on the sales team, but it’s created a much better sales focus across the whole company. I think what it does really, really simply is it allows the marketing team to get on with their job very, very quickly, so it allows my sales team to say I want these people to be communicated to, or I don’t want these people to be communicated to, and it allows the marketing team to create great content, get it out there quickly, great campaigns, without having to to and fro between the two teams. I think that’s probably the biggest benefit.

There are two main highlights. One is the flexibility that Workbooks gives us, so – whilst we have a strong contract between us, and we have a number of development hours as part of that implementation, the team’s always on hand if we have questions – one of the things we did was hire a CRM administrator. Her role is a little bit broader than than just Workbooks – she also handles the Spotler integration as well. But the team’s always on hand if she has any questions or doesn’t know how to do something, there’s a self help, but if that doesn’t work, you know that the account management team are there to support us. I think for me, it’s working with a British provider of a CRM that we can get hold of quickly and easily and as a small company, Workbooks don’t treat us like a small company and I think that’s really, really important to us.

We’ve grown 10% more than our competitors in the market. Hopefully, that’s from having a better view of our pipeline, engaging our customers more, looking at what they’re sending us, enabling us to have those conversations about how we can help the NHS come out of COVID, so I do really think Workbooks has had a real tangible benefit from that side. I think in terms of our reporting – so actually reducing the amount of spreadsheets, the amount of time that the finance department have to spend giving the sales and accounts teams data – has an absolute tangible benefit, in terms of reducing man hours, and also in terms of our radiology recruitment. Since we’ve had Workbooks put in, we’ve recruited an additional 25 radiologists and that’s been enabled by having Workbooks there and enabled by us being able to track them through that process from applying to work for us, through all the quality checks they have to go through, and through the training.

I would recommend Workbooks. I’ve been in charge of a number of global CRM implementations for much, much bigger organisations than I work for now and I think the thing that has truly impressed me about Workbooks is how easy it is for us to self manage. It’s very intuitive, so whatever we need, or whatever we want to get out of that system, if we want to put in a new piece of functionality, it’s really, really simple to do. And then the second bit I would say is the way that the team works with us – we problem solve together, so for me, it’s been one of the easiest implementations I’ve done.

How to Select a CRM Solution

10 Essential Steps for Building a Business Case for CRM 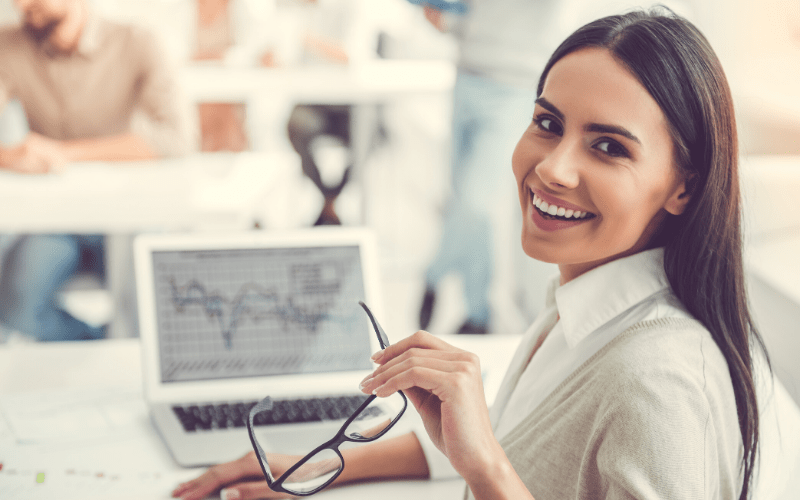 5 Tips for Choosing the Right CRM Solution for Your Business