New Year, New CRM: How Do You Know Your CRM Is Right?

Is your current CRM is not delivering the outcomes you expected? Have you found that user adoption is poor? Is the cost of the platform crippling your budget?

Maybe your New Year’s resolution should be to re-evaluate your CRM options? This webinar will help you get started, by reviewing:

Register now to get fresh ideas and maybe be inspired to make a change that will positively impact your business. 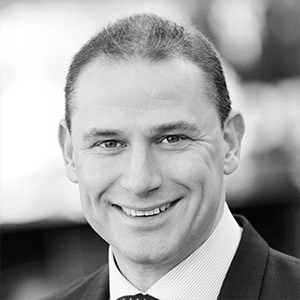 John CheneyChief Executive Officer
A Software-as-a-Service pioneer; John Cheney launched one of the first software as a service companies back in the late 1990s. He is a successful entrepreneur with over eighteen years experience in the IT industry […]

A Software-as-a-Service pioneer, John Cheney launched one of the first software as a service companies back in the late 1990s.

He is a successful entrepreneur with over thirty experience in the IT industry; twenty of which have been running IT companies in Europe and North America.

Prior to Workbooks Online, John founded two previous successful SaaS security companies. He founded BlackSpider Technologies in 2002 and successfully grew the company to become an award-winning provider of in-the-cloud email and web security services to over 2,500 organisations world-wide before the company was bought by SurfControl in 2006. John then led marketing and product management at SurfControl and was a key member of the senior management team which led the Company through to its acquisition by Websense in October 2007.

Prior to BlackSpider, John was the Founder and CEO of Activis, a managed security services company which was acquired by Articon-Integralis in 1999. Activis was a leading provider of managed firewall and VPN services in North America and Europe, winning awards from SC Magazine for its services and Frost and Sullivan for its business strategy.

Fill out the form below to register.