Setting up integrations with Zapier is simple and fast and does not require a developer or any knowledge of programming. This is of particular importance to Small and Mid market organisations that tend to have limited or no IT resources to support them says John Cheney, CEO of Workbooks.

This new integration makes the Workbooks CRM data available across other apps so that when something happens in Workbooks, data or tasks are automatically pushed to other apps, and visa versa. And it’s more than just data sharing. Thanks to Zapier, Workbooks customers can create specific actions to be performed in other apps such as Xero, Evenbrite, Wufoo etc.

Since all apps on Zapier allow users to create their own integration points using actions and triggers, organisations can design any number of cross-app actions to fit the specific needs of their business. Many Workbooks customers have already leveraged Zapier.

For more information about Workbooks integration with Zapier, click here.

John Cheney says: At Workbooks we are big fans of Zapier as an approach to integration, which at its heart enhances productivity and connectivity in an increasingly cloud dominated world. With Zapier, we help customers easily move and automatically share their data, drive more efficient processes and automate otherwise tedious tasks. Our goal is to offer a flexible and effective approach to addressing our customers business needs.

Workbooks delivers cloud-based CRM and Marketing Automation applications to the mid-market, at an affordable price. Workbooks extends beyond sales, marketing and customer support to include order management and fulfilment, invoicing and supplier management, at a price which is typically 50-70% less than solutions such as Salesforce or Microsoft Dynamics.

Workbooks joins up the entire organisation around data and processes, promoting teamwork and collaboration. It provides a single 360 view of customers and the information is accessible anytime, anywhere. Productivity is increased, operations are streamlined, insightful decisions are made and the business is better equipped to differentiate against the competition. 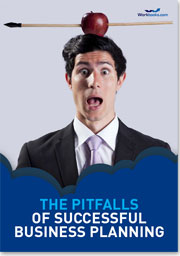 Would You Like to Know What’s Going On in Your Business?

Secrets and Lies: What’s Your Sales Team Keeping from You?

What to Consider When Signing a CRM Contract