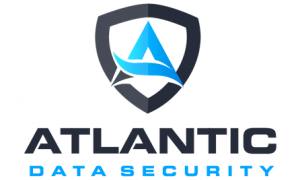 East Hartford, Connecticut, October 4, 2018 — Industry-leading IT security firm, Atlantic Data Security, jettisoned Salesforce to become the first US company to fully implement Workbooks since the British cloud-based CRM and Marketing Automation vendor opened its first US office in May 2018. This implementation will enable Atlantic to support its future growth plans by reducing costs, increasing functionality and giving it a single view of its customers on a unified platform, behind common practices and processes.

“We didn’t think we were getting good value from our Salesforce solution so we started looking at other vendors,” said Rick Romkey, principle of Atlantic Data Security. “With Workbooks, not only are we achieving savings on our license fees but Workbooks provides more and better functionality. The sales forecasting is way better than what we had with Salesforce. Workbooks also worked closely with us during implementation so we didn’t have to deal with third party consultants. This was the right decision for us. Already the relationship between Workbooks and Atlantic is rapidly delivering clarity from complexity.”

Workbooks delivers cloud-based CRM and Marketing Automation applications to the mid-market, at an affordable price, extending beyond sales, marketing and customer support to include order management and fulfilment, invoicing and supplier management, at a price typically 50-70% less than offerings from Salesforce or Microsoft Dynamics.

Building for the future

Atlantic was looking for a CRM platform to support the future growth of the business. The Atlantic team was particularly drawn to Workbooks’ order processing, invoicing and contract management functionality, which would join up its entire lead-to-cash process in one fully integrated solution.

The project began with the replacement of a ten-user Salesforce CRM implementation for sales automation. During the discovery phase, Atlantic Data Security acquired an IT security firm called Netanium, which already had 12 people using Salesforce and Pardot B2B Marketing Automation software. Atlantic’s users were mostly using Salesforce for quoting, so the differing approaches had to be integrated seamlessly during implementation.

The requirement was expanded to include email marketing tool GatorMail, Web analytics tool Web Insights, and Event Management to replace the existing Netanium functionality, as well as Workbooks’ Mapping Module.

“The implementation is a significant step for Atlantic and one that was turned around in just five weeks, even during a time in which Atlantic acquired another company with its own CRM system,” said Dan Collins, CEO of Workbooks Online Inc. “This was a complex project that had to be implemented quickly. Our focus was on reducing costs, merging the Atlantic and Netanium solutions and aligning the sales and marketing teams onto one platform to provide end-to-end visibility behind a common set of practices and processes, all the while ensuring the continuity of the business. We’re delighted to have completed our first US implementation so soon after our expansion into the country. These are very exciting times for Workbooks and we’re looking forward to supporting many more US businesses in the future.”

Due to the imminent expiration of Atlantic’s Salesforce licenses, the project had to be implemented in just five weeks.

Workbooks consultants began by migrating the quote generation functionality. Atlantic was generating quotes using Salesforce and in order to ensure business continuity, this became the top priority. This included moving from multiple PDF templates in Salesforce to just one in Workbooks, with the logic embedded into the PDF so the user does not have to remember what type of template to use.

Workbooks delivers significantly more functionality than the Salesforce solution at a cost that is 50% lower. Thanks to the increased functionality, Atlantic will recoup implementation costs in less than two years and continue significant saving on license costs beyond that.

Atlantic was the first US company to implement a Workbooks solution since Workbooks announced its expansion into the US in June 2018, following a year of strong growth and an injection of $1 million of fresh investment to fuel international growth.

Since 1993, Atlantic has been representing industry leading security products to help get customers to an acceptable level of IT security risk. Atlantic works extensively with both large enterprises and SMB markets, understanding their business goals before any solution is recommended. Atlantic’s strict focus ensures that customers receive the highest level of both service and support.

Workbooks delivers cloud-based CRM and Marketing Automation applications to the mid-market, at an affordable price. Workbooks extends beyond sales, marketing and customer support to include order management and fulfilment, invoicing and supplier management, at a price which is typically 50-70% less than solutions such as Salesforce or Microsoft Dynamics.

Workbooks joins up the entire organization around data and processes, promoting teamwork and collaboration. It provides a single 360 view of customers and the information is accessible anytime, anywhere. Productivity is increased, operations are streamlined, insightful decisions are made and the business is better equipped to differentiate against the competition.