Within Workbooks, you can create relationships between People and Organisation record types. These relationships are best known as "Party Relationships" and there are three different types available which are:

Each type of relationship is customisable to the point where you can specify information about the relationship relevant to how your business has adopted Workbooks. Customisation of relationships allows you to do the following:

NOTE: In some instances, this might be populated incorrectly depending on the wording used. If this is the case, you can manually overtype the values.

Workbooks includes 20 standard relationships which should be plenty for the majority of businesses but occasionally you may wish to add more. 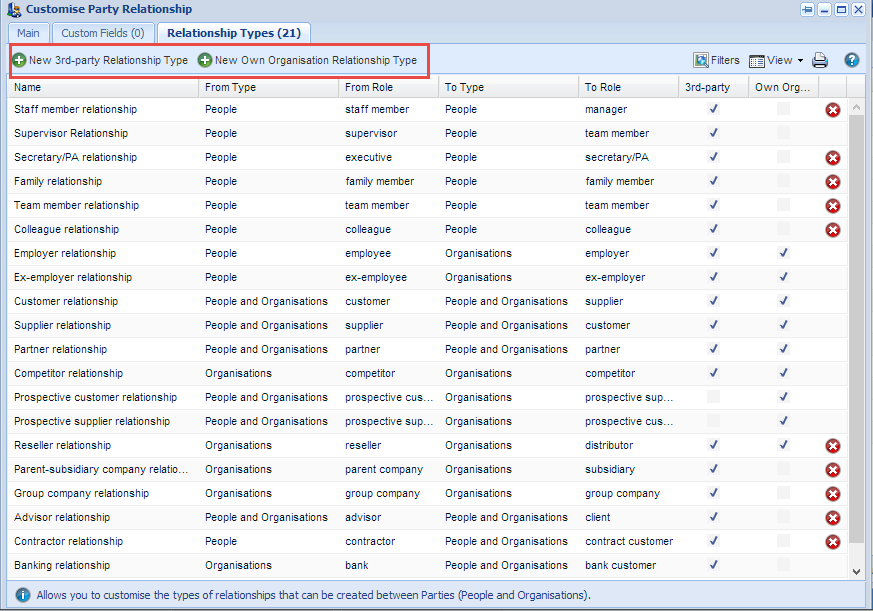 NOTE: You are unable to modify or delete some pre-existing Workbooks relationships as they are essential to how Workbooks functions. Other Relationships will allow you to modify the name which will cascade down to anywhere where the Relationship has been used.

What areas of Workbooks you can Customise in order to meet your business needs and record the data that will help to drive your business processes.

An overview into what the customisation of your record templates will allow you to achieve.