Stage 4 of the Import Wizard is where you can control how Workbooks compares your source data with the records already on your database to see if there's a match and thus reduce the likelihood of creating duplicate records.  You are also given a choice of Import Mode:

Tick the checkboxes provided to specify the combination of fields you want to use to uniquely identify an existing record.  The options provided will depend on the type of record you're importing and will include any custom fields you've created (as long as you have mapped some source data against them).  The ones shown in this screenshot are for an import of People records.

NOTE:  When checking for existing People the duplicate checking will be restricted to the People linked to the specified employer.  So, for example, if you're importing a Person record for John Smith with an Employer of ABC Company, Workbooks will simply look at the People already linked to ABC Company to see if a Person record exists for John Smith.

The more options you tick, the more rigorous the duplicate checking will be.  The Import Mode you apply will govern what happens when a match is or is not found. 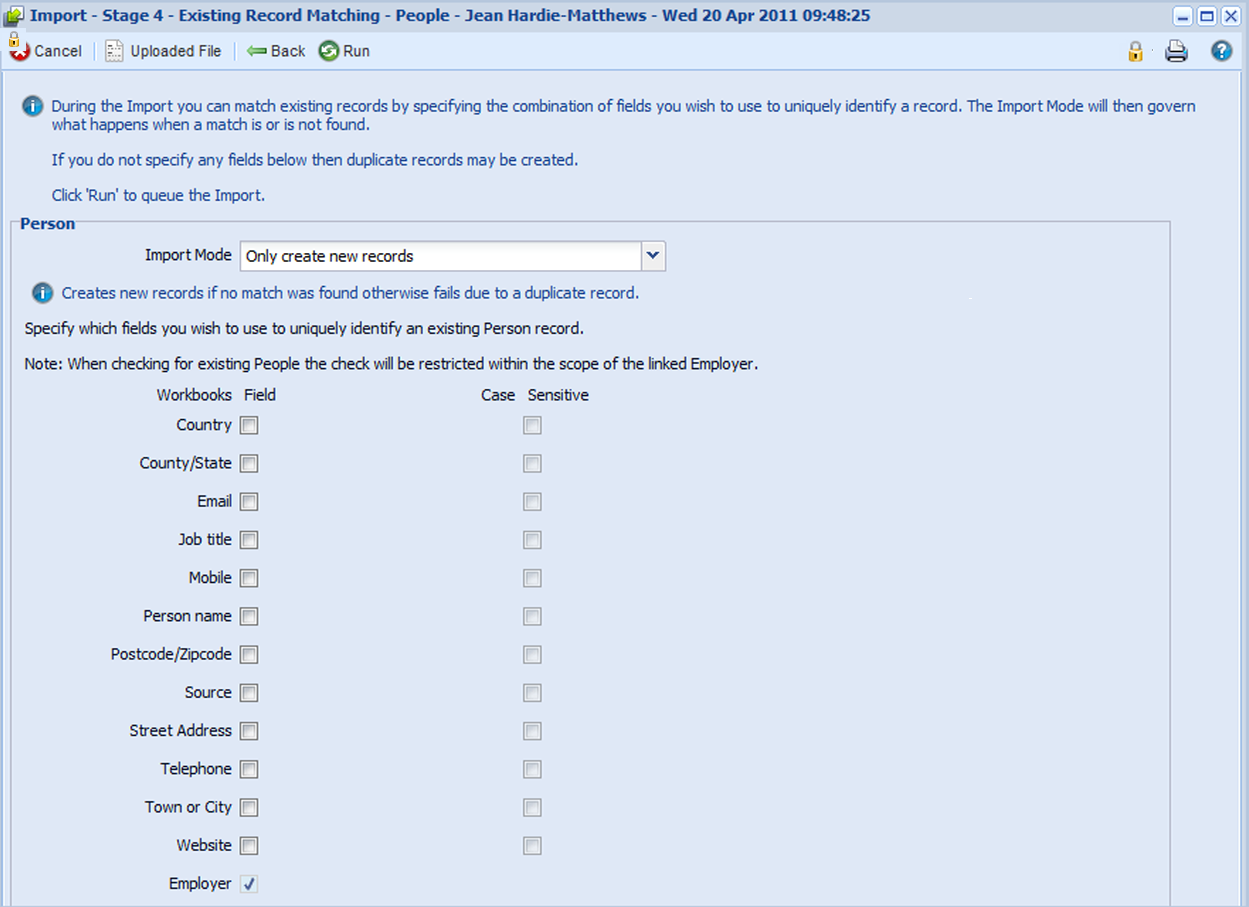