Within the Scribe Map creation canvas screen, add in the connections that are needed to build out your Scribe Map by clicking "Add Connection". 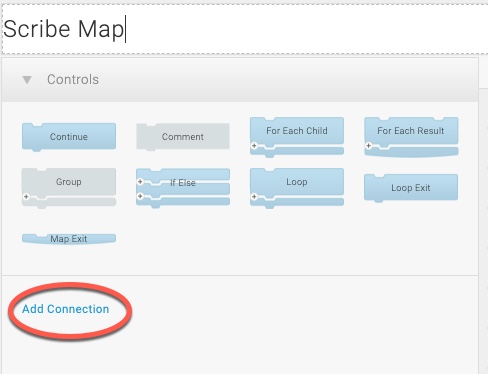 In the dialogue box, the connections that you have previously configured on your instance will be available to add to the map - one of which, will be Workbooks. 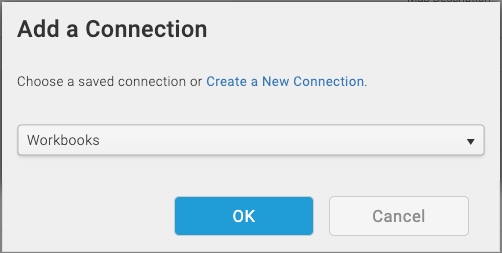 Select it from the list, then click OK. From here, the Workbooks Connector is available to use with any of the following Control Blocks in your map:

A basic worked example for the Workbooks Connector can be found here. For further information on Control Blocks in Scribe, see here.