Extending your Import to other Record types

It is possible during the Import process to extend an the Import to include other record types or relationships. This is done at the Field Mapping Stage (Stage 3) by selecting the Extend Import button.

From here you will be given a list of available extensions that will vary on the Record Type that you are Importing. This allows you to import large amounts of data through the same import, rather than creating a number of import jobs and potentially saving you from a great deal of manual work. 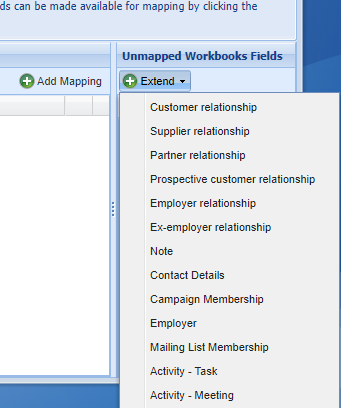 We have included some videos of common examples of when you may want to extend an import below:

Adding members to a Marketing Campaign